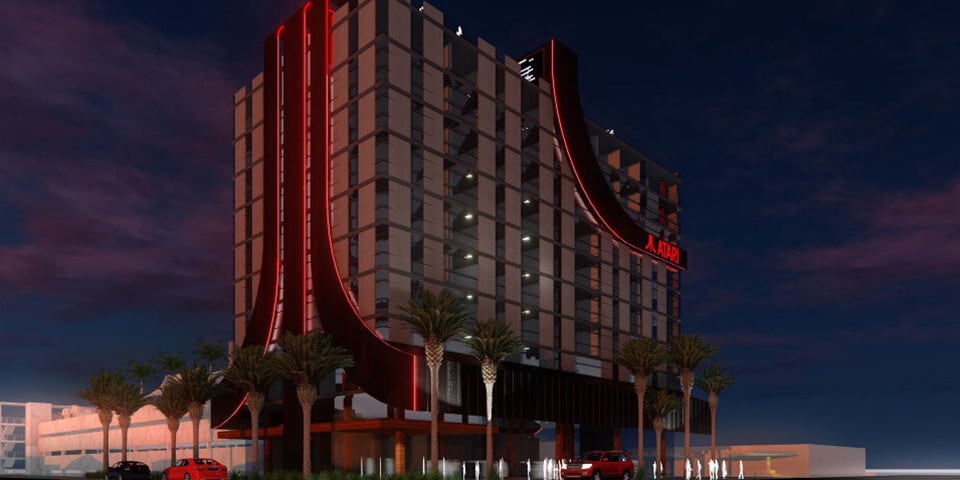 Iconic gaming pioneer, Atari, is stretching far beyond gaming products on one of their biggest licensing deals yet. Literally. The company announced this week that it will be getting into the hotel business with plans to develop eight Atari-themed hotels around the country. Austin gaming heads, hold onto your seats because the first hotel to break ground will be in Phoenix, Arizona later this year.

According to the announcement on the Atari Hotels website, the first hotel in Phoenix will be, “Immediately followed by Austin, TX, Chicago, IL, Denver, CO, Las Vegas, NV, San Francisco, CA, San Jose, CA, and Seattle, WA.” Each hotel will feature a unique experience for every age and will come equipped with the latest augmented and virtual reality technology, venues, and, of course, studios for esports events.

Founded in 1972, Atari’s impact on culture as well as its evolution is one of great magnitude. The gaming pioneer started initially as an arcade game and was played by many in the seventies at bars, restaurants, bowling alleys, etc. Atari later ventured out of arcade games and essentially bridged the gap from where these games were played in various locations right to the home. The company would ultimately change the direction of gaming design and become a huge influence for what it is today.

For more updates on the Atari Hotel developments, you can follow along here.

Austin’s Premier Cleaning Company.
The #1 choice for establishments in Austin, TX looking to join the cleanest businesses in town.